There is a new service for radio hobbyists from the No. 1 radio listening hobby magazine - Monitoring Times.

When you need to know what is happening now in the monitoring world, MT's staff blog news streams will keep you informed on the latest news in the radio spectrum.

So point that browser at and bookmark the new spot on the net for radio news at
http://www.monitoringtimes.com/html/blogs.html.
Posted by Larry at 6/30/2010 07:22:00 AM

10 Russian Spies Arrested in US - Used Shortwave for Spy Comms

Blog Note: These suspects were allegedly highly trained in shortwave radio operation and the use of codes and ciphers, including the use of encrypted Morse code messages. These were probably Enigma M8A spy number station broadcasts.

* * * * * * * * * *
Ten alleged Russian spies have been arrested in the United States, the result of a multi-year investigation in four states, the FBI said Monday.

Eight of the 10 arrested were "carrying out long-term, 'deep-cover' assignments" the FBI said, while two had lesser roles in the Russian intelligence program. The arrests took place Sunday in Montclair, N.J., Yonkers, N.Y., Manhattan, Boston, and Arlington, Va.

The New York and New Jersey defendants were expected to appear in federal court in Manhattan Monday. The Virginia defendants were to make court appearances in Alexandria.

One additional defendant has been charged but remains at large.

Their job, according to the court papers in the case, was "to search and develop ties in policymaking circles" in the United States.

Criminal complaints state that the defendants had an overarching goal of becoming highly "Americanized" so as to be able to freely gather intelligence in the U.S. and to "recruit sources who are I, or are able to infiltrate United States policy-making circles."

The U.S. government intercepted a message from Russian intelligence headquarters in Moscow to two of the defendants, Richard and Cynthia Murphy.

"You were sent to USA for long-term service trip," the message from Moscow. "Your education, bank accounts, car, house etc. - all these serve one goal: fulfill your main mission, i.e. to search and develop ties in policymaking circles in US and sent intels," the message added.

The complaint states that such agents - known as "illegals" - are highly trained in "foreign languages; agent-to-agent communications, including the use of brush-passes; short-wave radio operation and invisible writing; the use of codes and ciphers, including the use of encrypted Morse code messages; the creation and use of a cover profession; counter-surveillance measures" and more.

A "brush pass" is a covert hand-off of secret information, made as two agents brush past one another in public.

All of the defendants are charged with conspiracy to act as an agent of a foreign government without notifying the U.S. Attorney General, which carries a maximum penalty of five years in prison. All but two of the defendants are also charged with conspiracy to commit money laundering, which carries a maximum penalty of 20 years in prison.

The charges are filed in the U.S. District Court for the Southern District of New York.

A Revolution in Scanning is Coming

Fort Worth, Texas -- A major revolution in our hobby is on the way and it will forever change the very nature of the scanner radio hobby. Today, June 26, 2010, Uniden America held an open house here at their corporate offices in Fort Worth, Texas, for the public and the media. At this open house they unveiled a new revolutionary scanner called the "HomePatrol." 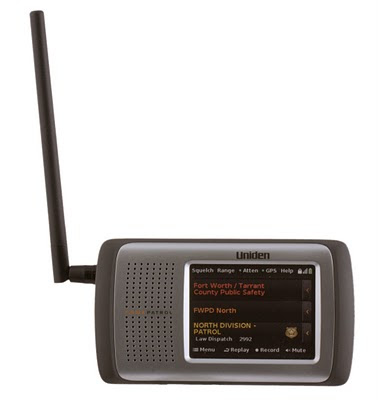 So what is so revolutionary about this new scanner? Simply put, it is simplicity! There has never been one like it before. To say that it will be easy to program by the user is to totally understate the facts.

The only thing you will need to know to program a "HomePatrol" scanner is – wait for it – the Zip Code where you are currently located. Yes, you punch in your zip code on the LCD touch screen, press enter, and you will instantly start hearing local scanner communications (conventional and trunked, analog and digital). No other operator interface is needed and it is truly just that simple.

Maybe you don't want to monitor civilian or military air comms that got loaded when you punched in your zip code, just police, fire and EMS. No problem: touch the screen to set up what you want to hear and it is done. No banks, no systems, no groups, no programming of frequencies: your location is all you need to get you started. And did I mention that all the controls for this scanner is via a full color touch screen?

That is why I think that the Uniden "HomePatrol" has the potential to create a major revolution in the scanner world.

Since the unveiling is still taking place as this is being posted, the full details and specs are not yet available. I will be bringing a test unit home from Fort Worth and will be conducting a full blown MT First Look review of the "HomePatrol." I will also post some of my first impressions on the "HomePatrol" scanner on the Monitoring Times website at http://www.monitoringtimes.com or on my personal blog, the BTown Monitoring Post at http://monitor-post.blogspot.com. You can also check out a new website that Uniden has setup for their new unit at http://www.homepatrol.com/ for everything "HomePatrol."

We will have a full detailed First Look review of this revolutionary new scanner in the October issue of Monitoring Times magazine, but check back here for future updates. 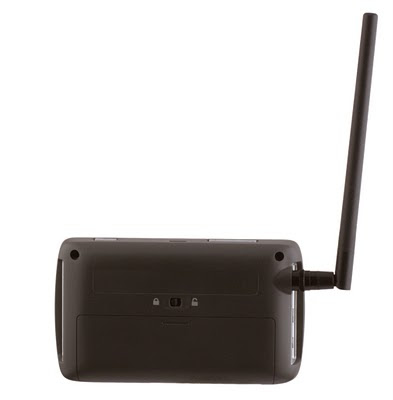 Well tomorrow morning I will be enroute to a very special radio hobby event in the DFW Metroplex. Uniden America will be holding an Open House on Saturday, June 26, 2010, from 10 am to 2 pm CDT at their corporate headquarters in Fort Worth. Uniden will be unveiling their new revolutionary scanner at this Open House.

I will have a full report on this blog and on the Monitoring Times website upon my return from the event. in the meantime if you are attending this event, I look forward to meeting you on Saturday. I will be making some brief remarks during the open house and you may hear something about Milcom monitoring you haven't heard before.

The nationwide set of CAP ALE freqs for the "National CAP Command Net" are as follows:

Here is some background information I have on the current state of the CAP HF network(s). Any additional information on frequencies is sincerely appreciate and you can contact me offlist via the email address published in the header of my blogs" http://mt-milcom.blogspot.com/ or http://monitor-post.blogspot.com/.

The National Command Net operates in the Automatic Link Establishment (ALE) mode. It is composed of stations specifically approved by the NTC using equipment provided for this purpose. Most of these stations are “message center” stations which relay message traffic between the national and region levels of the CAP net structure.

The National Command level of the HF-ALE system, the "top level" of the CAP radio system, uses Automatic Link Establishment (ALE) radios to which a "suite" of frequencies is assigned, each with different radio propagation characteristics, and the radios automatically monitor which frequency is best to communicate with each other station in the net. Each region operates two ALE radios, serving as "message center" stations (see below), plus additional radios for Puerto Rico, Hawaii and Alaska. The ALE stations at the National Technology Center (NTC) and the National Operations Center (NOC) serve as the net control stations for the National Command level of the HF-ALE system. There are no scheduled formal National Command net meetings. Rather, ALE station operators are expected to attend their radios regularly and be ready for messages, as they may be received.

The mission of the National Command level of the HF-ALE system is to provide a survivable, commercial infrastructure-independent command and control communication (C3) link among regions and between regions and higher headquarters.

The specific functions of National Command level stations are:

• Provide decentralized contact points to relay traffic between incident command posts and the NOC or other national CAP office.

• Conduct and report regular confidence checks, in accordance with the current CAP Communications Alert Level, and no less than once per week.

• Be available, as needed, for training.

1. Other than the two region stations and nationally designated stations, any CAP station may monitor the ALE suite, but should not sound in routine operations.

2. Pending release of region ALE channels, wings may use the national ALE suite (ALE NET #1) for actual missions and specific training events with the understanding that this use and active sounding will be for relatively limited periods of time. For ALE use during a training exercise, place a request several days in advance, but for actual missions, coordinate with the NOC.

4. The NTC and National Headquarters determines and standardizes all ALE parameter settings, such as sounding interval.

Multipsk is my absolute favorite digital decoder for the computer soundcard and the author, Patrick, F6CTE, just keeps making it better. This morning he has just announced the release of a new verson of MultiPSK (v4.18). His announcement is present below in its entirety

Hello to all Ham and SWL,

The main modifications of MULTIPSK 4.18 are the following:

1) Decoding of the NWR SAME mode

To listen NWR SAME messages: the NWS tests the NWR and SAME alerting technology weekly. These tests normally occur on Wednesday between 10 AM and Noon with some variations to accomodate local requirements.

This mode is available for licencied copies, only (otherwise, the decoding is stopped after 5 minutes). See specifications further on.

Differences between a direct mail and a QSP mail (indirect). A mail is direct if you can transmit it directly to the final addressee: A -->B.

If you can't transmit the mail directly because the final addressee can't be directly reached due to the link conditions, the mail can be forwarded by the connected station, which acts as a "mails Server": A-->C (mails Server)-->B.

For this, you must use a QSP mail.

A paper based on snapshots presents this new system:

Time for our friends up north to have a mystery ALE network to work on. If you would like to have some of ours, I will be happy to share a few.

As posted to this website yesterday, Jack monitored a new Canadian HF ALE net on 9295.0 and 12115.0 kHz (ALE/USB) with the following stations: