Eutelsat is reporting a loss of the recently launched W3B Satellite.

"Built by Thales Alenia Space, the satellites are also the cornerstone of a rejuvenated Globalstar constellation Three more Soyuz launches are planned through the summer of 2011, bringing the company's fleet of second-generation satellites to 24 platforms.

"Globalstar officials say the transition to the new satellite fleet will be seamless for the company's 400,000 subscribers, except for a marked improvement in mobile two-way communications service.

"S-band antenna degradation on Globalstar's existing satellites has limited voice and duplex data communications since 2007. The problem has not affected Globalstar's simplex data relay and asset tracking product, according to the company.

"Globalstar subscribers use the satellite network to make mobile phone calls and data transmissions, especially in rural zones where terrestrial coverage is spotty or non-existent.

"By the middle of 2011, Globalstar officials say customers can expect a return to reliable voice and data transmissions. Until then, subscribers can use an application on the company's website to plug in their location and determine what hours satellite coverage is available."

"A Soyuz rocket launched at 1710:59 GMT (1:10:59 p.m. EDT) from the Baikonur Cosmodrome in Kazakhstan. Soaring into a partly cloudy night sky, the Soyuz 2-1a booster and Fregat upper stage accelerated to orbital velocity a few minutes after liftoff.

"After coasting around the world for more than an hour, the Fregat upper stage ignited again to reach the planned separation orbit. The rocket was targeting a circular orbit 572 miles [921 km] high with an inclination of 52 degrees

"Mounted on a specially-built satellite dispenser during launch, the Globalstar spacecraft were released in a choreographed sequence to avoid collisions. Two satellites bolted to the top of the cone-shaped adapter separated first, then four craft on the lower portion of the structure deployed 96 seconds later.

"The satellites' first radio signals were received by ground stations moments after spacecraft separation, according to Jean-Yves Le Gall, chairman and CEO of Arianespace, which oversees commercial Soyuz launches through its Starsem subsidiary."

"In a phone interview from Baikonur on the eve of launch, Navarra said two of the satellites launched Tuesday will enter service in about one month. It will take up to four months for the other four craft to drift to their prescribed orbital locations."

"The new satellites weigh 1,543 pounds [700 kg] at launch and are supposed to operate for 15 years, extending Globalstar's constellation life through at least 2025

"When the Globalstar launch campaign ends next year, the company's fleet will include 24 second-generation spacecraft and eight leftover first-generation satellites built as spares and launched in 2007."

"Two research satellites flew into a nearly 400-mile-high [644-km-high] orbit early Wednesday on a Long March rocket, continuing a pace of nearly one Chinese launch a week since the end of July.

"A Long March 4B rocket lifted off at 0049 GMT Wednesday (8:49 p.m. EDT Tuesday) from the Taiyuan space center in northern China. The launch occurred a few hours before the Chang'e 2 lunar orbiter arrived at the moon after a five-day journey from Earth.

"According to the state-run Xinhua news agency, the 15-story rocket carried two Shijian 6 satellites. U.S. military tracking data show the spacecraft orbiting about 375 miles [603 km] above Earth with an inclination of about 98 degrees to the equator.

"It was the 11th space launch of the year for China Seven of those missions have been since the end of July, a span of less than 10 weeks.

"The payloads are the fourth pair of Shijian 6 satellites. The spacecraft, dubbed Shijian 6G and Shijian 6H, will probe the space environment, according to Xinhua.

"No other details of their mission were released.

"The last set of Shijian 6 satellites launched in October 2008. One of the craft, Shijian 6F, became the target of an orbital rendezvous demonstration in August.

"A newly-launched satellite named Shijian 12 approached within 200 meters, or 656 feet, of Shijian 6F in mid-August, according to amateur satellite observations and U.S. Air Force data."

"A Molniya-M carrier rocket successfully released a Kosmos satellite into orbit on Thursday, a spokeman from the Russian Defense Ministry said.

"The rocket blasted off from the Pletesk space center in northern Russia at 21.01 Moscow time (17.01 GMT).

"The satellite will be used by the Russian Defense Ministry for military purposes." 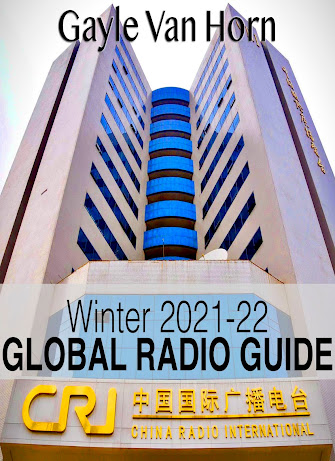