For those who will be keeping track of the WIllis island DXpedition, here is their website: 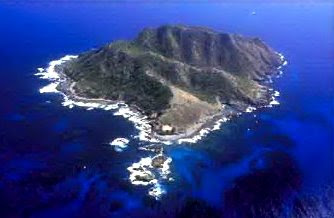 The Caribbean National Wildlife Refuge Complex has selected and announced a team of operators to activate Desecheo Island (KP5) sometime between January 15, 2009 and March 30, 2009. The Team will be co-led by Dr. Glenn Johnson, WØGJ and Bob Allphin, K4UEE.

Background: On June 30, 2008, the Caribbean National Wildlife Refuge office in Puerto Rico sent a letter to persons that had previously made inquiries about an Amateur Radio operation from Desecheo. They announced their decision to allow one group to activate the island and invited proposals that must adhere to strict guidelines and criteria. Applicant's had 45 days to prepare and submit their proposals.

CNWR received seven written proposals. A panel of three Fish and Wildlife Service employees, from areas within the Service outside of the Caribbean refuge, spent September 24 & 25 reviewing and evaluating the proposals. The selection criteria used were those outlined in the proposal invitation letter. Points were awarded for how well criteria were addressed for thoroughness and documentation.

The proposal with the highest ranking was submitted by team leaders Dr. Glenn Johnson, WØGJ, and Bob Allphin, K4UEE.

Their plan involves a team of fifteen operators for a 14-day operation. USFWS has not announced the actual dates of the operation yet, but the DXpedition is expected to take place between January 15, 2009 and March 30, 2009. A Special Use Permit (SUP) will be issued as per USFWS regulations. We expect that the DXpedition team and DXers worldwide will have a minimum of 30 days notice.

A website is being planned and will be announced in the near future.

An image of the new BCD396XT (Courtesy of Uniden America)

Uniden Raises the Bar for Features and Performance

Uniden America Corporation, a leading manufacturer of wireless consumer electronics, today announced their handheld Trunk Tracker III and Trunk Tracker IV scanner lineup to be debuted in early 2009. “Uniden is making major advances in the category it created” said Paul Opitz, Uniden’s Product Manager for the category. “We’ve listened to our customers and taken these scanners to the next level of functionality and performance based on what they told us they needed to do their jobs better.”

The BC346XT will replace the BC246T as Uniden’s flagship handheld analog Trunk Tracker. Touting 9,000 channels organized using Uniden’s own Dynamic Memory model the BC346XT simplifies scanner programming by modeling the scanner’s memory organization after the real world. The BC346XT also adds GPS support for automatic control of radio features based on location, a first in the industry for a handheld scanner, and a feature Uniden pioneered with the last generation of mobile scanners.

􀂃 Multisite Systems – includes support for large systems such as those being installed for statewide operation in some areas.

􀂃 Preemptive Priority (Motorola only) – monitors for priority traffic, even when the scanner is receiving a transmission on the system.

􀂃 IF Exchange – lets the scanner use an alternate IF (intermediate frequency) to help avoid interference sources.

􀂃 Location-Based Scanning – when a compatible GPS unit is connected, turns on and off systems, sites, and channel groups as the location changes

􀂃 Location Alert Systems – allow location-specific alerts to be programmed for such things as dangerous intersections, dangerous roads, or general points of interest

􀂃 Private Systems -- prevents a system from being modified or read by PC, to help protect confidential radio system programming

Both models are expected to be released in early 2009 at prices comparable to the models being replaced.

* These models are still under development, so all features are subject to modification or removal based on actual development and testing results. No statement in this press release should be considered as a promise to deliver or guarantee of performance.
Posted by Larry at 10/01/2008 06:54:00 AM

Astronomers who count sunspots have announced that 2008 is now the "blankest year" of the Space Age. 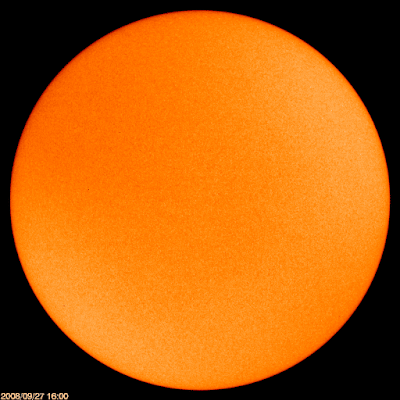