Are USCG HF Broadcast Going Away?

In a public notice sent out by the USCG Nav Team comes the following bit of news:

The infrastructure necessary to provide these services has exceeded its useful life expectancy; the equipment is no longer manufactured, repairs are difficult to accomplish, and spare parts generally are not available. Comments should be submitted by August 24. 72 Fed. Reg. 20863

The NC Department of Crime Control and Public Safety has released a new VIPER newsletter dated 27 March 2007. You can find that newsletter at
http://www.nccrimecontrol.org/cit/VIPERnewsletterMarch2007.pdf. 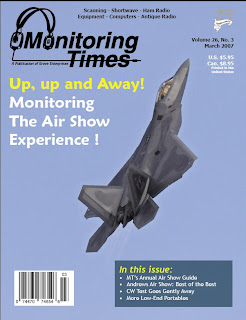 I am pleased to announce that my 2007 Monitoring Times Airshow Guide is now available for download on the MT website at http://www.monitoringtimes.com/

And I would like to again thank the dozens of reporters this last year who took the time to send us reports from the field and also encourage anyone attending an airshow this year to drop us some mail and let us know what you heard (even if we already have it on the list). We can't do this annual project without each of you.
Posted by Larry at 4/23/2007 07:00:00 AM

A Dnepr rocket deployed seven CubeSats plus seven other satellites from Egypt, Saudi Arabia and Ukraine into Earth orbit, and signals from the four CubeSats have been copied on Earth. Among the spacecraft was Colombia's first satellite.

According to AMSAT, Keplerian elements for the new ham radio birds and additional information will be posted on Cal Poly's CubeSat Web page. CalPoly offers a CubeSat "Satellite Contact Form" to report telemetry data received from any satellite. A discussion board also is available for satellite trackers. -- AMSAT
Posted by Larry at 4/21/2007 09:27:00 AM

Editor's Note: It is with great saddness that I make this post to the blog about the closing of the DXTuners service on the internet. I have been a longtime user of this excellent service. Its closing is truly a big loss to the radio listening hobby. If you have never used this network of worldwide receivers, you missed an exciting part of the hobby that is now apparently gone forever. DXTuners provided me with countless hours of listening to all sorts of stations (analog and DRM, broadcast and utility), and some neat programs and transmissions that could not be heard here in the U.S., or at signal levels that would give me armchair copy.

To Kelly and all the hobbyists who provided their time, knowledge and equipment - 73 and farewell. May you always have fair skies and following seas.

So here is the message you get now when you click on the DXTuners link http://www.dxtuner.com/.

Dear subscribers and guests. For the last 10 years I have been presenting Web Controlled receivers here at DxTuners.

I have worked constantly to maintain and supervise this network together with my dedicated crew who has put so much effort into it.

Regretfully, recently due to other business and personal commitments, I am unable to dedicate as much time or find as much inspiration as before in running the network and it is with much sadness and sincere regret that I have decided to wind up my business over here.

This has been a very difficult and emotional decision for me to take, having made many friends over the years, but after a good 20 years in the IT-business I feel the time is right to move on and try something else.

I have been trying to find other solutions to continue running DxTuners but I have found it too complex for anyone else to run without my help.

I would like to thank all my friends, subscribers and especially my dedicated crew who supported me over the years. I could not have done it without you guys.

Many, many thanks to Jim for passing this profile along on the UDXF newsgroup. 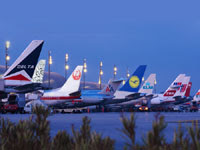 If you hear an airline callsign while monitoring the civilian aero freqs and want to find out which airline it belongs to, check out this page on Wikipedia:- 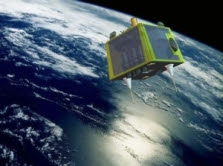 And this from Spaceflight Now, "China launches an ocean observer spacecraft" (www.spaceflightnow.com/news/n0704/11haiyang1b/)

"China launched a satellite Wednesday to begin a three-year mission surveying the world's oceans to monitor sea color and temperature, according to state media reports.

The Haiyang 1B satellite is China's second oceanographic satellite, and it replaces an earlier craft that stopped working in 2004, according to the Xinhua news agency.

Haiyang 1B was delivered to a Sun-synchronous orbit circling Earth's poles. This type of orbit allows satellites to fly over much of the planet at set intervals.

The craft is the second ocean surveying satellite fielded by China, and its mission will include pushing Chinese development of ocean resources, aiding the construction of new harbors and ports, and monitoring ocean pollution, according to Xinhua."
Posted by Larry at 4/16/2007 07:00:00 AM 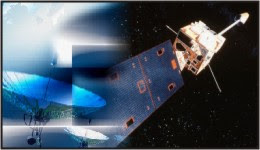 From Jaisakthivel in Chennai, India via the Cumbre DX newsgroup. Source: http://www.indiantelevision.com/headlines/y2k7/apr/apr183.php

A month after Insat-4B was lofted into space from French Guiana, the Indian Space Research Organisation's latest communication satellite has become fully operational.

The spacecraft reached its final location of 93.5 deg E longitude on Thursday.

Within one month (of the launch), we have made it fully operational," Isro chairman G Madhavan Nair told reporters in Bangalore on Wednesday.

Insat-4B was successfully launched by Ariane-5 ECA on 12 March from Kourou, French Guiana. Following its launch, a series of orbit-raising operations were conducted to place the satellite in its near-geosynchronous orbit. After those operations were
completed, the deployment of its two solar panels and two antennas was carried out.

Sun will be using MPEG-4 technology that will allow it to compress more TV channels per transponder. While MPEG-2 can pack in around 12 channels, the advanced compression technology will be able to accommodate over 20 channels.

Sun may consider itself lucky that the launch of Insat-4C satellite failed in July 2006 after the rocket carrying it veered off course and exploded. Sun had booked six Ku-band transponders (and one more for digital satellite news gathering) on it for its DTH service.

By being located on the same satellite, Sun's subscribers will be able to access DD Direct's channels without it having to separately put them on its transponders.
Posted by Larry at 4/16/2007 06:49:00 AM