But the station known as MILA -- short for Merritt Island Launch Annex -- supported its last mission this month with shuttle Atlantis' launch and safe return.

In a ceremony Thursday morning, NASA officially decommissioned the aging facility before some components are salvaged for other sites and the rest is demolished.

For those wanting to take advantage of the prepurchase opportunity for the HomePatrol-1, the system is now ready for you.

Go to myUniden - Customer Product Registration and Support Area and log in (or create a log in). Then, register your HomePatrol-1. You
will get a link on your "All My Scanners" page to purchase the upgrade.

If you have previously registered on that site and have a HomePatrol-1
in your list of scanners, you'll see a link to add ESN information to
your registration. Once you enter that, you'll then see a link to
purchase the upgrade.

For those who got an error message earlier after purchasing a key, go to
the site and add your ESN information. You will then have a link to
retrieve your purchased key.
Posted by Larry at 7/26/2011 06:32:00 AM 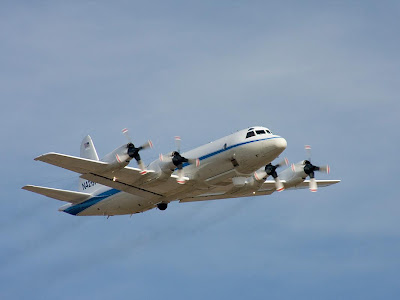 Editor Note: For my friends in the Mid-Atlantic, this aircraft has been flying quite a bit lately. Should be NASA 426, a P-3B (N426NA/A51316), based at Wallops Island. Thanks to Ron Perron for the heads up.

Most of the areas with the heaviest pollution are in California, but other parts of the country are anything but immune. On the drive down I-95 between Baltimore and Washington D.C., for example, sweltering summer heat and relentless traffic often leave plumes of polluted air stewing over the highway making the area one of the top 20 smoggiest metro areas in the country.

Come July, all that health-sapping pollution will have company: a 117-foot P-3B NASA research aircraft flying spirals over six ground stations in Maryland. The aircraft is part of a month-long field campaign designed to improve satellite measurements of air pollution.

The name of the experiment -- Deriving Information on Surface conditions from Column and Vertically Resolved Observations Relevant to Air Quality (DISCOVER -- AQ) -- is a mouthful, but its purpose is simple.

“We’re trying fill the knowledge gap that severely limits our ability to monitor air pollution with satellites,” said James Crawford, the campaign’s principal investigator and a scientist based at NASA’s Langley Research Center in Hampton, Va.

The fundamental challenge for satellites measuring air quality is to distinguish between pollution near the surface and pollution higher in the atmosphere. Measurements from aircraft, in combination with ground-based measurements, offer a key perspective that makes such distinctions easier to make.

Twelve to fourteen flights are planned throughout July using two primary planes. The P-3B, a four-engine turboprop that returned recently from a deployment to the Arctic, will carry a suite of nine instruments, while a smaller two-engine UC-12 will carry two instruments.

Both aircraft will measure the colorless gas ozone and a mixture of soot and other substances known as particulate matter. Other instruments on the P-3B will measure pollutants that lead to the formation of ozone such as nitrogen dioxide and formaldehyde. A third aircraft, a Cessna operated by the University of Maryland, will also participate in the campaign.

While the UC-12 will cruise at high-altitudes -- about 26,000 feet -- the P-3B will fly corkscrew patterns over six ground stations in Maryland that will bring the plane from its highest altitude of about 15,500 feet to as low as 1,000 feet from the surface.

Sampling will focus on an area extending from Beltsville, Md., in the southwest to the northeastern corner of Maryland in a pattern that follows major traffic corridors, overflies ground measurement sites operated by the Maryland Department of the Environment, and observes conditions over the northern Chesapeake Bay.

The two instruments aboard the UC-12 will look down at the surface, much like a satellite instrument might, and measure particles and trace gases. The P-3B, in contrast, will sample the air it flies through, allowing it to take samples from a variety of altitudes.

The July flights are the first leg of a broader five-year campaign that will bring the aircraft to Houston and other polluted regions during upcoming years.

Measuring Health-Sapping Particles From Above

Since many countries, including the United States, have large gaps in ground-based networks of air pollution monitors, experts look toward satellites to provide a global perspective. Satellites have attempted to collect information about the main air pollutants that affect human health for more than a decade, yet they have struggled to achieve accurate measurements of the pollutants in the air near the surface – the air people actually breathe.

The problem: Most satellite instruments can't distinguish pollution close to the ground from that high in the atmosphere. In addition, clouds can block the view. And bright land surfaces, such as snow, desert sand, and those found in certain urban areas can mar measurements.

“We’re better with some pollutants than others, but broadly speaking we have difficulty distinguishing between pollutants high in a given column of air, which we can see quite well with satellites, and pollutants at the surface,” said Kenneth Pickering, DISCOVER-AQ’s project scientist.

As a result, questions remain about the vertical distribution of pollutants. How far up in the atmosphere are morning and evening spikes in pollution associated with rush hour noticeable? How does ozone, which peaks near the surface in afternoon, behave at other altitudes throughout the day? When is the best time of the day for satellites to measure various pollutants?

The problem is particularly pronounced for pollutants that are abundant at the surface and higher in the atmosphere. For example, a “code red” air-quality day during the summer might produce very high concentrations of ozone in the bottom few kilometers of the atmosphere, yet generate a change of a mere 1 or 2 percent to a total column of ozone.

Studies suggest that discrepancies of as much as 30 to 50 percent exist between estimates of ground nitrogen dioxide inferred from the Ozone Monitoring Instrument (OMI), an instrument on NASA’s Aura satellite launched in 2004, and measurements from ground-based instruments.

DISCOVER – AQ will address such problems by helping researchers develop a three-dimensional view of how air pollutants are distributed and move between different levels of the atmosphere throughout the day.

A phalanx of ground-based instruments will offer a critical view of the same patches of air the aircraft are monitoring from above. While NASA sponsors certain ground instruments, other institutions including the Environmental Protection Agency, the Maryland Department of the Environment, Howard University, and Pennsylvania State University manage the instruments at the ground stations.

One of the stations at Edgewood in Maryland is particularly well-suited for monitoring how sea breezes that blow in from the Chesapeake Bay and trap pollutants over land contribute to some of the most severe ozone problems in Maryland, noted Anne Thompson, a professor of meteorology at Pennsylvania State University.

It’s rare for researchers to have an opportunity to use such an array of instruments at once. “It’s not just one instrument that’s most important – it’s really the combination of all of them that makes this campaign valuable,” said Jennifer Hains, a research statistician with the Maryland Department of the Environment.

Scientists will use information collected during the DISCOVER-AQ campaign to improve measurements from existing satellites and to help establish parameters for future NASA satellite missions that will monitor air quality.

“Achieving better measurements of the column at a variety of altitudes is critical to connecting what’s happening at the surface to what we’re seeing from above with satellites,” said Scott Janz, a scientist based at Goddard Space Flight Center in Greenbelt, Md.

Future satellites could play a key role in helping communities meet national air-quality standards. Though ozone and PM2.5 have declined in recent decades across the nation, many areas, including the entire Baltimore-Washington region, still frequently experience days in which air pollution levels exceed standards established by the Environmental Protection Agency.