Pretty much overshadowed by the main mission to the ISS, STS-116 will launch two U.S. Naval Academy Student Project satellites after undocking from the ISS. These satellites are called ANDE (Atmospheric Neutral Density Experiment) and RAFT (Radar Fence Transponder). I have profiled the RAFT previously on this blog.

The NRL science mission of ANDE is to measure the density of the upper atmosphere by precise tracking of the orbit decay by the Maui Laser Ranging Tracking Station. The Comm system provides important telemetry on the attitude and temperature of the spacecraft. The ANDE and RAFT satellites will carry amateur radio communications payloads (see frequencies below), but RAFT has something a bit extra. 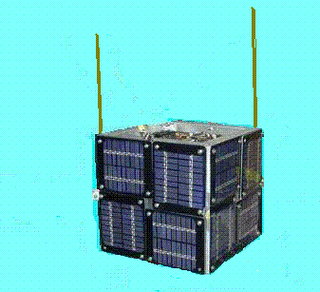 You can get more information on these satellites at the following links:

The MARScom satellite is suppose to launch with this mission, but nothing hs been mentioned in any of the official STS-116 paperwork about that Cubesat. While its mission fate is unknown as of this writing, according to a 13 October 2006 Chief of NAVMARCORPSMARS message
the satellite is at KSC and ready for launch.