Rascom 1 and Horizons 2 to Launch Dec 20 from Kourou

Arianespace has announced a December 20 launch date for the Rascom 1 and Horizons-2 satellites.

Rascom 1 was built by Thales Alenia Space as part of a turnkey contract with the Regional African Satellite Communication Organization (RascomStar-QAF). It will provide telecommunication services in rural areas of Africa, as well as domestic and international connections, direct TV broadcast services and Internet access across the African continent. The satellite's coverage footprint also extends beyond Africa to include part's of Europe and the Middle East. 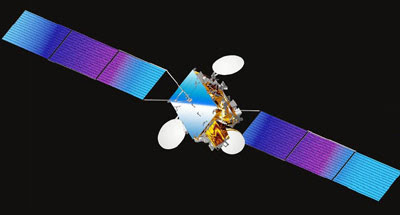 The spacecraft is based on the Spacebus 4000B3 platform and is designed for an operational lifetime of 15 years. Rascom 1 carries 12 Ku-band transponders and eight C-band transponders, and will weigh about 3,200 kg. at launch. Rascom 1 will occupy an orbital slot at 3 degrees East.

Horizons-2 was developed for the Horizons Satellite LLC joint venture of Intelsat and JSAT, and will provide services that range from digital video, high-definition television (HDTV) and IP-based content distribution networks, to broadband Internet and satellite news services for the continental United States, the Caribbean and parts of Canada. Horizons-2 going to a 74 degrees West orbital slot where SBS 6 (20827) and Galaxy 17 (31307) are currently located. 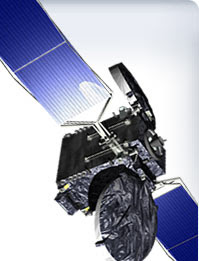 Horizons-2 will replace Intelsat's SBS-6 satellite. The Orbital Sciences STAR-2 spacecraft will deliver sixteen 36MHz transponders with 85 Watts of power and four 72MHz transponders with 150 Watts of power. This results in excellent CONUS coverage of the U.S. along with a high-powered East Coast Beam that extends connectivity to the Caribbean and parts of Canada.
Posted by Larry at 12/11/2007 06:26:00 AM