18/12/2007: On Friday December 14, 2007 the island of Saint Barthelemy was added to the "Dependencies and Areas of Special Sovereignty" public list. Martti Laine, OH2BH and Olli Rissanen, OH0XX/HP1WW begin activity December 18th around 1200 noon local (1600z) as FJ/OH2AM from St. Barthelemy (NA-146, WLOTA L-0377). They will have two stations, using an FT-1000MP and FT2000MP along with Fin Fet amplifier. Initial operations will begin on 20 metre SSB and 17 metre CW. The goal of this operation will be to give as many DXers as possible a new country. Additional bands may be added as the DXpedition goes forward. Concentration will be to have one station on CW and one on SSB. They will remain active until December 27th. QSL cards for this operation should go via OH2BN. Further information to follow. *Approved by the ARRL DX Desk - FJ is a new country starting with December 14, 2007, contacts.* [K2FF]

20/12/2007: Newly licensed operator Petrus, ZS6GCM is currently on Bouvet Island (AN-002, WAP NOR-02) as 3Y0E, until February 14, 2008. He is part of a five man Norwegian led research team. Petrus is the medical officer of the team and will also be involved with the research. An Icom IC-735 and Hustler 4-BTV vertical antenna have been made available by the NCDXF, OKDXA and Bernie, ZS4TX. QSL sponsor and manager is Emil, LZ3HI (Emil Stoikov, P.O. Box 8, 6000 Stara Zagora, Bulgaria). The official 3Y0E operation webpage address is http://3y0e.wordpress.com/ and includes all information plus an on-line log. [hamspirit.wordpress]

20/12/2007: Pat, W8FV, will be returning to Mwanza, Tanzania, possibly December 20th and is expected to be active as 5H9PD until he returns stateside January 12th. Activity will be mostly on CW on 40-10 metres depending on propagation. He is going to try 80 metres but with only just 100 watts, and he doesn't know how successful he will be. He will also be active on PSK-31. QSL via his home call sign. [OPDX]

22/12/2007: Luis, CT3EE will activate CT9EPC, a special call sign for the EPC (European PSK Club) members on Madeira Island (AF-014, DIP MA-001, WLOTA L-0053), between December 22-28th. Activity will be mainly on 40/20 metres because of propagation. The call sign CT9EPC is used only on the digital modes, and the main objective is to have more activity on these modes. QSL direct to CT3EE (see QRZ.com) and not to the bureau (he is not a member of the Portuguese National QSL bureau). [OPDX]

26/12/2007: A Peru IOTA DXpedition by Jorge/OA4BHY, Daniel/DL5YWM, Rene/DL2JRM and Bodo/DL3OCH will start with the team being QRV December 26-27th as OA4/homecall from the Club station OA4O des Radioclub Peruano, located in Lima, Peru. They will then travel to Isla Blanca (SA-098, WW Loc. FH32WX) and be active December 28-30th, using the call sign OC6I, with 2 stations simulaneously from 10m to 160m. Note: dates can vary depending on the weather and the sea. The team will then travel to Isla Lobos de Tierra (SA-076, ARLHS PER-053, WLOTA L-1521) where they will be active again with 2 stations on all bands from January 2-7th, using the call sign OC1I. From January 8-12th the team will be back in Lima where Bodo/DL3OCH is planning to do some 23cm EME (JT65) work. QSL OC1I and OC6I via DL5WM, direct or bureau. QSL OA4/homecall via the operator's home call. For more information and how do you get a EME-Sked, check the website at http://www.qslnet.de/oc1i or http://www.qslnet.de/oc6i. [DE0MST]

01/01/2008: Special event station 8J7OZE will be aired between January 1st and September 30th to commemorate "The Birth of Oze National Park". Opened on August 30, 2007, the park is an area consisting of wetlands and mountains in Chubu, Japan. The park's area includes the marshes and the mountains in the Oze area, formerly part of the Nikko National Park, and other nearby areas including the Aizu-Komagatake and Tashiroyama mountains. The park is 37,200-hectares in area and includes parts of Fukushima, Tochigi, Gunma and Niigata prefectures. QSL via the JARL bureau. [JJ1WTL/AC6IM]

01/01/2008: Lions Clubs International, the world's largest volunteer service organization, will be sponsoring an amateur radio special event station to be operated by Great Britain's Bedworth Lions Club January 1-28th. The station will operate on 2 metre FM and 80-10 metre SSB with the call sign GB4BLC. Additionally for 2008, contacts via amateur satellite are planned. QSL via G8GMU, direct or via the RSGB bureau. Further details at: http://www.bedworthlionsclub.co.uk/evawa.htm [Southgate ARC]

07/01/2008: Steve, G0UIH plans to be active as VK2IAY/4 from South Molle Island (OC-160), January 7-11th. As with previous DXpeditions the main operation will be centered around 14.260 MHz, with the possibility of 15 and 17m also. Equipment will be the 706MK2G used previously on VK and 3D2 activations with homebrew wire dipoles. QSL route is fine either direct or via the bureau. Check out the website for further details at: http://www.percy.me.uk/ [RSGB IOTA]

U.S.A. Special event station information can be found at: http://www.arrl.org/contests/spev.html 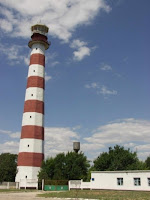 - Ed, KU4BP (V26H QSL manager) reports that all QSL requests for V26H in the 2007 ARRL DX SSB Contest went into the mail December 18th. I apologize for the delay in getting them out in a timely manner. The ops were waiting for the final results to be published in order for them to be put on the card. Ed only has logs for the contest itself. Logs before and after the contest are in the hands of the ops. Thank you all for your patience. [KU4BP]

Satscape is one of the most popular programs for tracking Amateur Radio Satellites. Now Scott Hather, G7LIU has added Satscape TV to his website.

"Satscape TV is a 24 hour TV Channel that broadcasts Videos all about Satscape, Space exploration, NASA, ESA, Amateur Radio and Amateur Satellite Radio tutorials and 'how-tos', and anything else I can think of that I think you'll want to watch.

We will also have special days where we'll put the serious stuff to one side and have a "comedy day", or some other theme, so what do you need to watch Satscape TV?

You probably already have everything, just a web browser and Flash installed, it works on Windows, Linux and Mac (much like Satscape for Java!)".

The ARRL DXCC Desk is pleased to announce the addition of St Barthelemy (FJ) to the DXCC List, making the island entity number 338 with an effective date of 14 December, 2007. Cards with contacts dated December 14, 2007 or after will be accepted for DXCC credit. New card submissions for St Barthelemy will not be accepted until January 1, 2008 in order to allow time for administrative adjustments.

The "event date" that caused St. Barthelemy to be added to the DXCC list was December 14, 2007, the date the US State Department Fact sheet was updated by the Bureau of Intelligence and Research. This update added St Barthelemy to the List of Dependencies and Areas of Special Sovereignty with its Administrative Center in Gustavia, qualifying it under DXCC rules in Section II -- 1 Political Entities (c).

French St Martin (FS), while also added to the List of Dependencies and Areas of Special Sovereignty, will remain on the DXCC List, but it is now considered a Point 1 Political Entity under the same classification as that of St Barthelemy.

Please direct any questions you may have about St Barthelemy, St Martin or the DXCC program to the ARRL DXCC Desk at, dxcc@arrl.org. [ARRL DX Bulletin 52]

I would like to take this opportunity to wish you, your family and your friends "Season's Greetings and Best Wishes for The Coming New Year".