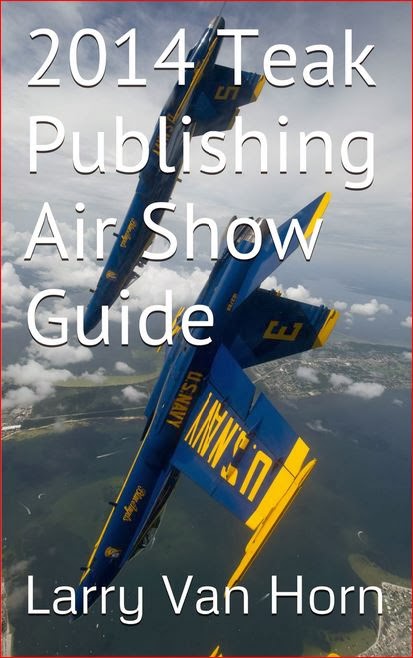 Every year, from March through November, millions of people hit the road to watch the excitement and thrills as military and civilian aero teams put their high performance aircraft through their paces to entertain the crowds and perform at air shows all over the world. Anyone who has attended one of these events will tell you it is thrilling to watch the close quarter flying of the Blue Angels delta formation or the hair-splitting maneuvers of the Thunderbird opposing solos.
While attending the show and enjoying the sights and sounds is an exciting experience that is only half the fun. You can add another whole dimension to that visual experience by monitoring the performing teams’ radio communications.
With a radio scanner in hand you will experience a whole new perspective of the show that few attendees will ever experience – pilot audio from the aircraft cockpit. While everyone else at the air show is just watching and listening to the public address system narrator, you’ll be able to hear what’s happening inside the cockpit, up in the tower and on the ground with the hundreds of players that keep these screaming, state of-the-art air machines thundering through the skies.
But you can’t tell the players without a program, and to indulge in monitoring the air show experience you need a current and well researched list of frequencies that the various performers may use during their performance.
In our new Teak Publishing Air Show Guide e-Book, former Monitoring Times Assistant Editor and Milcom columnist Larry Van Horn delivers the hundreds of frequencies you’ll need if you’re within receiving distance of any air show in 2014.
From the Blue Angels and Thunderbirds precision flight teams to the U.S. service parachute and search and rescue demonstration teams, to the many other military and civilian demo teams from the U.S. and abroad, Larry has the list of frequencies each unit uses. Now you can bring the excitement you see at the show to your ears. Listening to the nonstop action at the air show on over dozens of radio frequencies is the real fun of being there.
But wait, there’s more! Larry also tells you which scanners work best at the air shows, what features you’ll need and which models can cover the military as well as civilian frequencies used at all air shows. There is also a chapter on tips for enjoying a great day at the air show.
You will also get frequency lists for other possible frequencies in use at the air show including GMRS, Family Radio Service, DoD Intra-Squad Radio frequencies, and even Civil Air Patrol VHF/UHF frequencies and call signs. We also include an up-to-date air show Internet resource guide and the latest information from U.S. Department of Defense on the various team activities in 2014. We even have frequency listing for overseas military teams and civilian aeronautical demonstrations teams.
Finally you will get the latest schedule information for 2014 for the three major flight demonstration teams: U.S. Navy Blue Angels, U.S. Air Force Thunderbirds and the Canadian Forces Snowbirds. We will also include with each show location, the latest ATC (Air Traffic Control) frequencies for each facility hosting a show, when known. This schedule information only covers the United States and Canada.
This is the 15th edition of this guide published by this author. The first 14 editions appeared each March in the pages of the former Monitoring Times magazine and were one of the most popular features in the magazine.
This edition of the Teak Publishing Air Show Guide is now the most comprehensive collection of air show information and frequencies ever published for the radio listening hobby. When the Air Force T-Birds and the Navy Blue Angels, dozens of other precision flight teams, skydiving teams and vintage aircraft crews are in the air and on the air, Larry has all the frequencies for them all in this new eBook!
Frequency updates, correction and late additions between editions of this e-Book will be posted on his Milcom Monitoring Post blog at: http://mt-milcom.blogspot.com/.
And, the good news is that you do not even need to own a Kindle reader to read Amazon e-book publications. You can read any Kindle book with Amazon’s free reading apps.
There are free Kindle reading apps for the Kindle Cloud Reader, Smartphones (iPhone, iTouch, Android, Windows Phone and Blackberry); computer platforms (Windows XP, Vista, 7 and 8 and Mac); Tablets (iPad, Android and Windows 8), and, of course, all of the Kindle family of readers including the Kindle Fire series. A Kindle e-book allows you to buy your book once and read it anywhere. You can find additional details on these apps by checking out this link to the Amazon website at www.amazon.com/gp/feature.html?ie=UTF8&docId=1000493771.
The Teak Publishing Air Show Guide is now available for purchase worldwide from Amazon.com at http://www.amazon.com/Teak-Publishing-Show-Guide-2014-ebook/dp/B00HAI4V8C/
The price for this first e-Book edition is US$2.99. Since this book is being released internationally, Amazon customers in the United Kingdom, Germany, France Spain, Italy, Japan, India, Canada, Brazil, Mexico and Australia can order this e-Book from Amazon websites directly servicing these countries. All other countries can use the regular Amazon.com website.
For additional information on this and other Teak Publishing radio hobby books, monitor the company sponsored Internet blogs – The Military Monitoring Post (http://mt-milcom.blogspot.com/), The Btown Monitor Post (http://monitor-post.blogspot.com/) and The Shortwave Central (http://mt-shortwave.blogspot.com/) for availability of additional e-books that are currently in production.
You can learn more about the author by going to his author page on Amazon at http://www.amazon.com/-/e/B00G1QMO4C.
So if you are an air show enthusiast or military monitoring junkie, this is one eBook you will want in your electronic reference library. This is the one new e-book that will provide you with the inside information on the hottest frequencies in use by all the participants for the whole air show season.
Posted by Larry at 12/13/2013 04:33:00 PM