A Great Friend and Milcom Monitor Has Passed Away 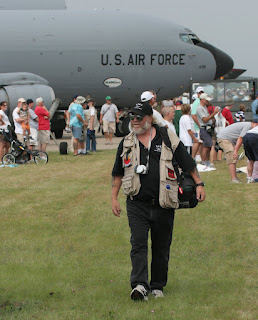 Donald G. Edwards Jr. of Northville, passed away suddenly at home after a short battle with cancer on June 28, 2012.

Don was born on April 6, 1954. He was an avid musician playing in many local bands: BlackRiver for 20+ years and more recently Steel Heart. He was also an accomplished Photographer with pictures published in Monitoring Times Magazine. He enjoyed listening to and taking photos of Military aircraft and he was a Licensed Ham Radio operator call sign N2NUM.

Don worked at Coleco industries for many years and at Universal Custom Mill Work.

Family and friends can gather to remember Don at the house : 332 Fourth St, Northville Monday Afternoon, July 2, at 4pm. Arrangements are by the Northville Funeral Home. Condolences may be made to the family online at www.northvillefuneralservice.com.

With deepest sympathies to Nancy and the family.